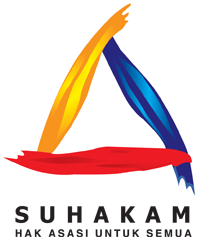 The initiative to set up a national human rights institution in Malaysia began with Malaysia’s active participation in the United Nations Commission on Human Rights (UNCHR) in 1993-95 when it was elected as a member of the Commission by the United Nations Economic and Social Council. Malaysia was honored in 1995 with the election of the leader of the delegation, Tan Sri Dato’ Musa bin Hitam, as the Chairman of the 52nd session of the UNCHR. Malaysia was elected to serve a second term in the UNCHR from 1996-98 and its third term from 2001-2003.

The impetus for the Malaysian Government to finally consider the setting up of a national human rights institution came from several sources. Malaysia’s active involvement in the UNCHR was one. The international attention on human rights as a result of the success of the 1993 World Conference on Human Rights in Vienna where governments, including Malaysia, agreed that human rights are universal and indivisible, and they recognized the importance of setting up national human rights institutions, also influenced the Government.

As leader of the Malaysian delegation to the UNCHR, Tan Sri Musa, in 1994 first suggested to the Government that the time was right for Malaysia to establish its own independent national human rights institution. Several factors influenced this proposal: the growing international emphasis on human rights and recognition that it crosses boundaries and sovereignty; Malaysia’s active involvement in the United Nations system; the changing political climate in Malaysia with a more politically conscious electorate and dynamic civil society. By the mid-1990s, seven Asian countries, including two from ASEAN – Indonesia and the Philippines – had already established national human rights institutions, while Thailand was in the midst of setting up its own.

On 24 April 1999, five years after the idea was first mooted, the Foreign Minister, Datuk Seri Syed Hamid Albar, announced that the Government would table a Bill in the July 1999 sitting of Parliament to establish the Human Rights Commission of Malaysia. The Bill was guided by the Paris Principles of 1992 which provided the international criteria by which an independent human rights commission should be established, and also by the experience of established human rights institutions, especially in the Asia-Pacific region.

On 3 April 2000, the Government announced the appointment of SUHAKAM’s first Chairman, Tan Sri Dato’ Musa bin Hitam, and the 12 other members of the Commission to serve a two-year term, which is renewable. The appointments were made by His Majesty the Yang DiPertuan Agong on the recommendation of the Prime Minister. Although the Human Rights Commission of Malaysia Act allows for the appointment of up to 20 members, it was decided that SUHAKAM would begin its task with 13 members until such time when more are needed. SUHAKAM members were selected to reflect the diversity and pluralism of Malaysian society and also on the basis of the experience, commitment, independence and integrity of the individual.

In order to carry out its duties and functions more effectively, specific working groups were formed on education and promotions, law reform, treaties and international instruments, economic, social and cultural rights, and complaints and inquiries.

The SUHAKAM secretariat began operating from a container cabin at the Ministry of Foreign Affairs (Wisma Putra). This was due to space constraints at the Ministry. The Commission finally rented its own premises on the 29th and 30th floors of Menara Tun Razak at Jalan Raja Laut, Kuala Lumpur and moved in on 24 November 2000. The building was chosen in particular for its central location and easy access to the public.

On January 2011, the Commission relocated to a new premise on the 10th, 11th, 12th and 13th floor of Menara TH Perdana at Jalan Sultan Ismail, Kuala Lumpur.